March is my son's birthday and he happened to be here for that day.  You don't spend your birthday with your Mom without getting the cake of your choice to celebrate.  His choice was "Gigi's Carrot Cake" and everyone in the family was pleased with his choice.  It is well documented around here that we think it's THE best carrot cake recipe around.  No, that is not my plate.  I was good and didn't have any.  At this point, I'm seeing some weight loss and very serious about it continuing. 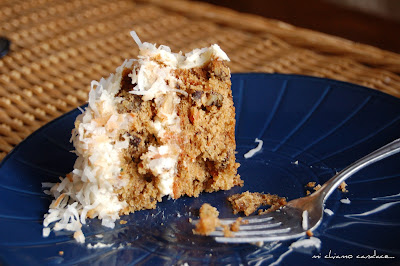 David and I took a few vacation days this month and mostly rested.  We did venture out...just the two of us....for a day trip down to Massachusetts.

I had visions of finding some unexplored coastline or some quaint little fishing village to photograph; but it didn't quite happen that way.   We got side tracked for about 3 hours in Ikea.  There's so much to look at and buy there. 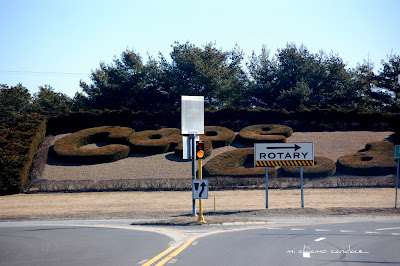 After we managed to escape from Ikea, we headed down to "the Cape".    I've always wanted to do that.   Sadly, we had spent too long at Ikea so had very little daylight left to explore this area.  In New England, the sun starts on the downhill slide early this time of year and the Cape is a huge territory to explore. 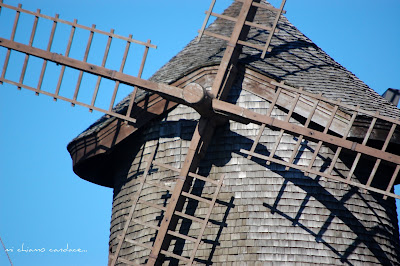 We hit that area just as school was getting out for the day so traffic had picked up and we weren't sure where we were going and we hadn't eaten because we had been in Ikea for hours and we hadn't planned to spend the night so the trip to the Cape was definitely not as I had envisioned. 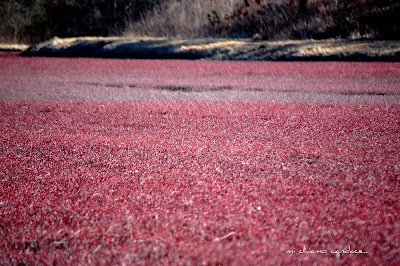 On a good note, the road that we were traveling on was lined with the most beautiful "red fields".   I was so drawn to the color that I had to stop and take a few photos. 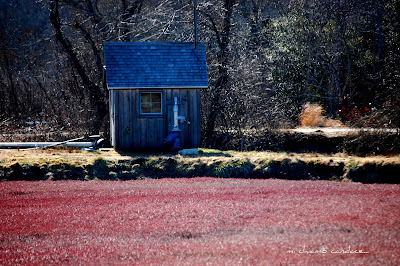 I realized that they must be cranberry fields.
The color was stunning. 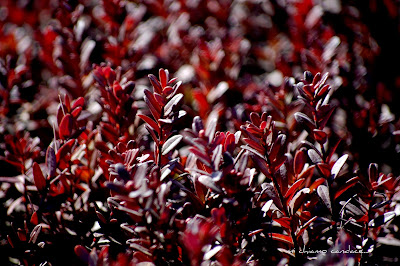 We made the decision that we would have to try another visit to the Cape when we had more time.  We began our trip back home stopping in Plymouth to see the "rock" and the Mayflower that I shared pictures of with you here. 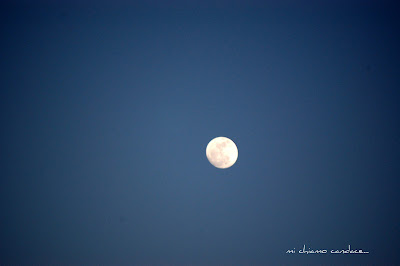 We were gone absolutely all day and although, it did not turn out as I had envisioned it, it was some much needed alone time with my very best friend and we made memories.

That's what it's all about, right?


Since we have been living without cable or satellite since we sold our home in Louisiana, we have been missing Food Network.   During our vacation, David found some cooking shows on Hulu.   We caught one that featured a stuffed cabbage.  I'm a huge fan of cabbage rolls so we had to give this one a try.  I will be sharing this recipe.  It was amazing. 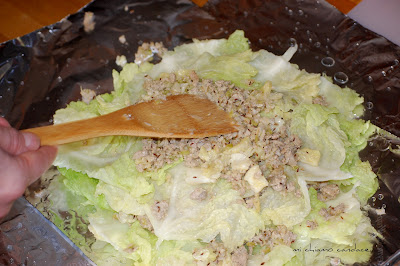 One of my favorite meals from that month came out of  The Mediterranean Diet Cookbook that I found at a thrift store. 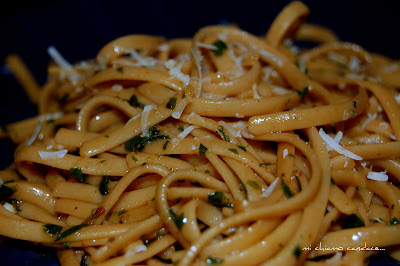 
March saw me get on a stuffed peppers kick.  I shared with you my Spicy Stuffed Peppers recipe; but I didn't share the other ones.   I'm quite sure it was because the scratch paper that I wrote the ingredients down on disappeared upstairs on my desk somewhere. 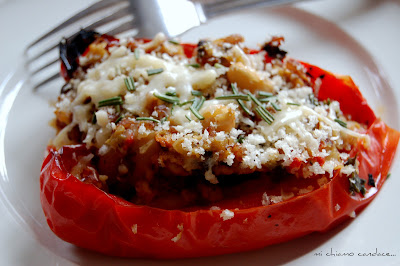 I am not sure all of the ingredients that I put in there; but I see sweet potatoes, cannellini beans, peppers, onions, celery, panko, maybe a little cheese and that's rosemary on top.  It's too bad that I was so disorganized that I didn't share this one.  I remember it being delicious and because I was being so good, it was Weight Watchers friendly, as well.  Maybe I need to clean my desk upstairs and try to find this one. 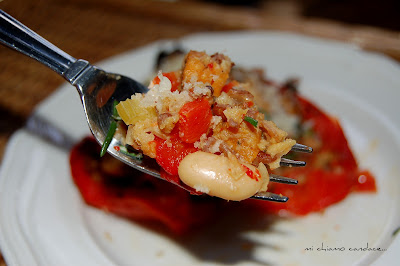