As I said goodbye to 2012, I began reflecting on what kind of year 2012 was for me and my family.   After logging on to Blogger, I realized that I posted less than 50 posts this past year.

While most of you are posting your most popular posts or recipes for the year, I'm going to take a trip down memory lane and show you what I meant to share this year.


Better late than never, right?
I hope you will join me.

I started out 2012 like almost everyone did....thinking about losing weight.   What better way to start that process than with a healthy breakfast?   I love steel cut oats; but it takes so long to cook them that there is no way that I have time in the mornings to prepare them.    Frozen Oatmeal Pucks to the rescue.  I made a big batch of the oatmeal on a weekend and froze them in a muffin tin.  I put them into a freezer bag and they were perfect popped into the microwave in the morning before work.  Until I discovered Overnight Oatmeal, this was the breakfast of choice.   I'm having a hard time finding decent fruit for my oatmeal so I'm happy for the reminder. 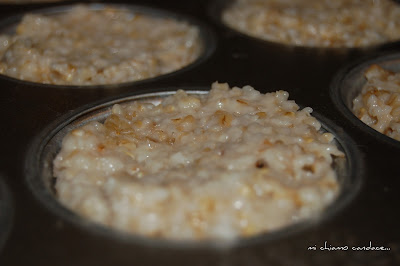 ﻿
﻿We have begun a tradition with our kids to get together periodically for a cooking party.  We choose a cuisine or special dish that we want to try, get together and pitch in to prepare it.  Our cooking parties are full of food, drink, music, love and laughter .  They are some of the best memories that our family makes together.  January was the perfect month to have one of those.  My stepson and his wife were in Switzerland the year before and wanted to recreate some of the food that they experienced there.   That worked out perfectly because David and I had a fondue pot that we had never used. 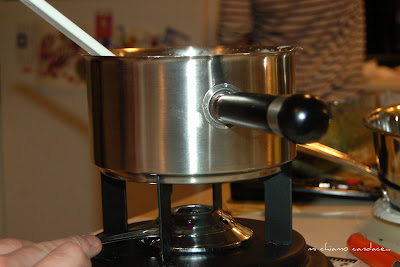 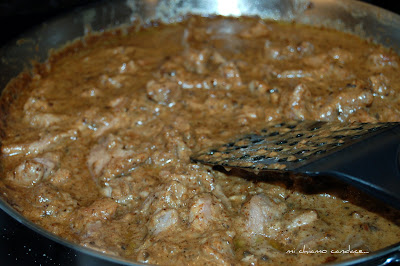 In addition to trying out the fondue pot, we prepared Veal in a Mushroom Brandy Cream Sauce.  It doesn't look like much; but, man oh man, was it ever good.  We served it with Rosti Potatoes.   These were the two dishes that were responsible for the kids wanting to recreate the food memories of their trip to Switzerland. 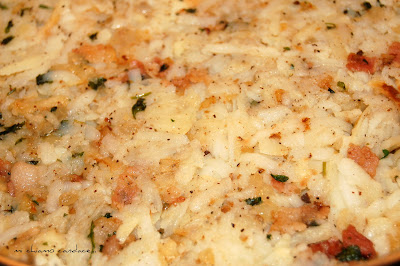 and last but not least...
Spaetzle! 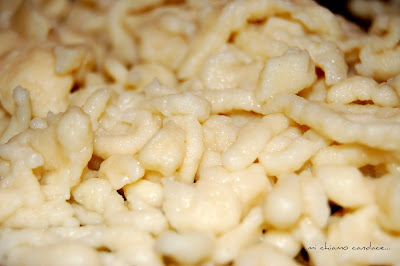 What a fun dish this was to make!  Nobody had a spaetzle pan; so we improvised with a steamer pot which worked fine.  Our pot of water was not big enough; but we made it work.  It was soo good that it definitely needs to be prepared again. 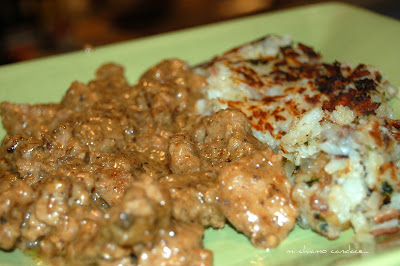 The meal was not the prettiest one that we've made; but it was absolutely delicious.  And the company?  Even better.  It is always fun to see father and son making memories together. 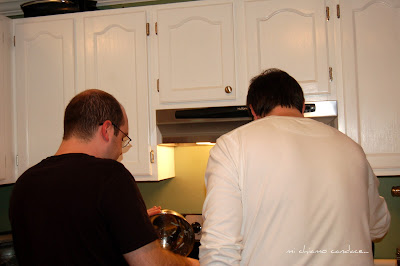