Until several years ago, June was always a favorite month.  All throughout my childhood, I looked forward to June and all of the promises that it held.  School was out.  Summer vacation was just getting started.  My birthday is in that month.

Somewhere in the process of becoming an adult, June lost some of its luster.   It stopped being fun.  Summer vacations ended and I was left with only work.  Living in Louisiana in June is unbearably hot unless you can spend your days poolside, which I haven't had the luxury of since I've grown up.  My birthday has been coming and going without the fanfare and excitement that it held in my youth.  I have just gotten another year older and where is the fun in that?  Oh, I'm grateful for every year that God has given me; but there just hasn't been anything to really get excited about in the month of June.  It has just been like every other month.  Until this past year...

I set my sites on June way back in February when it came to my attention that James Taylor would be playing in Manchester on my birthday weekend.  David's birthday is in February and this piece of news came just in time for the two of us to give each other tickets as birthday gifts.  We rarely do concerts anymore as they have gotten so expensive; but a chance to see James Taylor close to home was hard to pass up.  We have both always wanted to see him and in reality, how many more opportunities to do that would we get?  Put into the context of a birthday gift, the ticket prices were very reasonable.  We were going to go for it.  David sent a quick email to the kids to see if anyone wanted to join us and we had a date planned with my stepson and his wife.  He's a musician like David and they are always up for a live show.  Tickets were ordered minutes after they were released and we suddenly had something to look forward to in the month of June.

June is a beautiful month to be in New Hampshire.  It's warm and generally sunny.  It's not too hot yet and after being cooped up all winter, it's time to get out of the house and enjoy every precious moment that you can outside.  Every day draws you closer to winter so you really don't want to miss one moment.  Suddenly with that perspective in mind, June becomes, once again, my favorite month.  Now that we had concert tickets, there was even more to look forward to coming up.   As the day grew closer, we decided to make a whole day of it and take the opportunity to visit some vineyards and wineries in our beautiful state.  David and I had done a tour for my birthday a few years ago when we lived down south and it was one of the best memories ever for us. 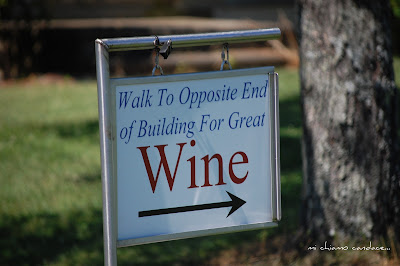 Getting to spend time with the kids and making this memory with them made the day even more special.   We could not have asked for better weather on that day either.  It was absolutely perfect.   First stop was Candia Vineyards... 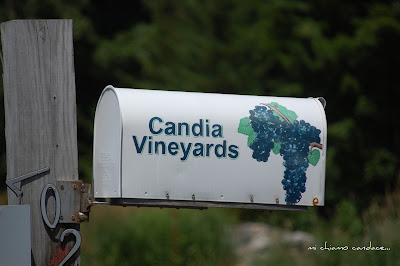 This is a small winery with their own vineyards and we had called ahead, as suggested on the website, to arrange a time to visit.   We were treated to a personal tour of the vineyards and informative discussion with the owner about the grapes that he grows and the wine that he produces.  I think grapes on the vine are one of the most beautiful things ever. 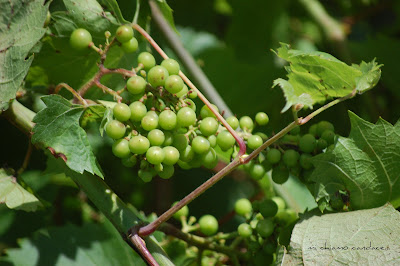 We were, also, treated to an intimate tasting of his award winning wine and specially made chocolate. 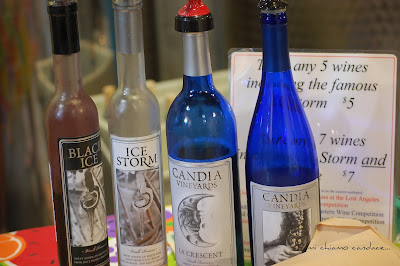 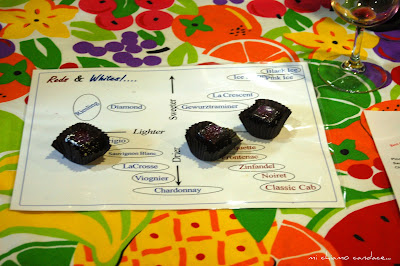 The next stop on our tour was Zorvino Vineyards.   After touring Candia, Zorvino was a completely different experience.  Where Candia was small and intimate and all about wines grown from local grapes, Zorvino was a much bigger operation with a lot of activity and a lot of variety in the types of wines that they produce.    Not only do they make their wines from grapes; but they have a fantastic selection of fruit wines. 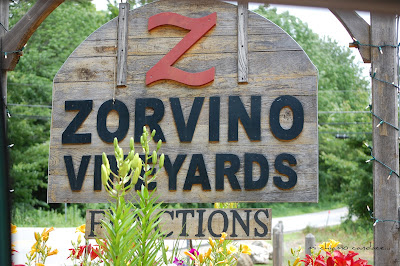 From the grapevines to the buildings and landscaping, the grounds of Zorvino Vineyards are absolutely gorgeous. 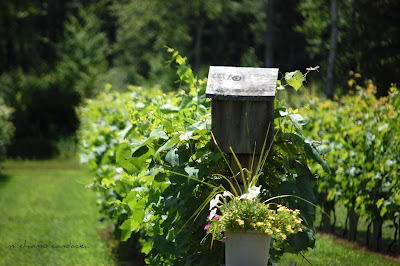 They even have a bocce court! 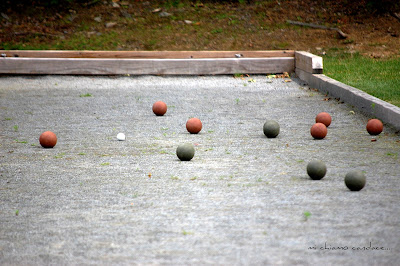 As I said, Zorvino was hubbub of activity.  The fantastic weather brought out a crowd of people with the same idea that we had.  The tasting room and retail store were full.  Not only did we get to taste any and all of the wines available; but, it was fun to browse around the retail store and see all of the wine related and local products. 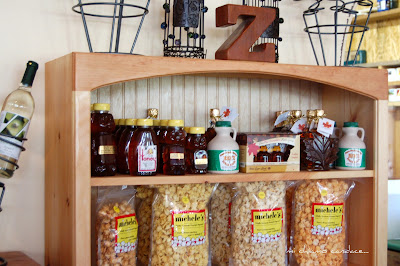 Even Ben's Sugar Shack has a presence there.  That was nice to see!  It is well documented here on the blog that I'm a fan of his delicious maple syrup.

We were, also, treated to a tour of the production area and... 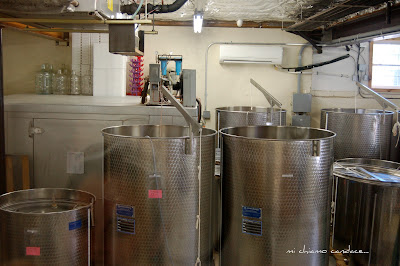 were given a tour of the Event Room, which was all decorated for a wedding that would happen later that day.  Zorvino has space both inside and outside to hold events such as weddings.  It would be a beautiful place to get married for sure.  They have their own kitchen and chef and are well equipped to handle your event. 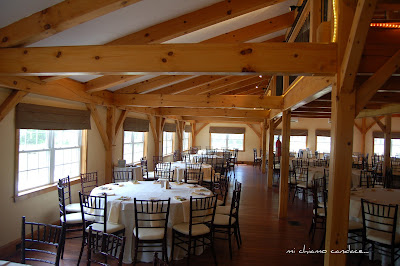 It was a good day all around and just getting started. 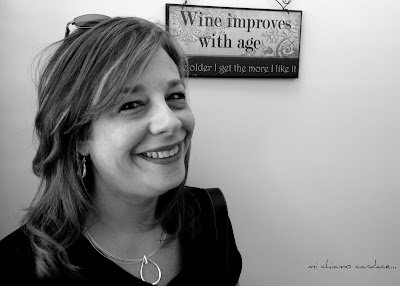 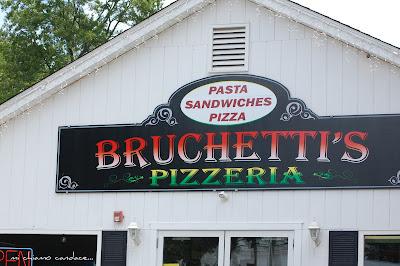 I had an amazing Greek Salad with Grilled Chicken. 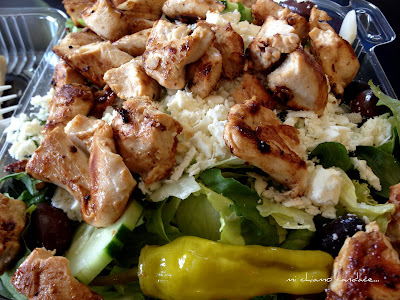 After afternoon of rest and relaxation at the kids' house, we headed out for dinner at Mint Bistro.   I can't say enough good things about this place.   From the interesting menu selections and the extremely knowledgeable waiter who provided impeccable service to the beautiful atmosphere, it was a delightful place to have dinner.  I would definitely go back again.  My Manchester Maki roll was delicious. 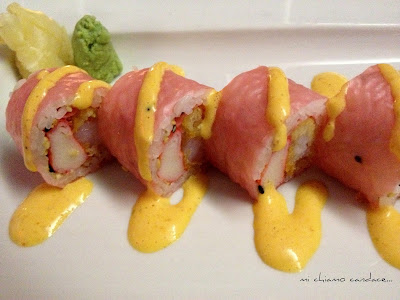 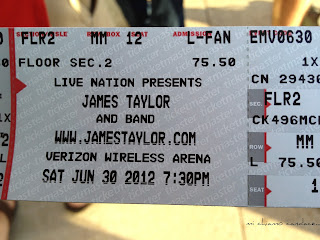 James put on an amazing show.  Not only did he sound fantastic; but he was so personable and engaging with the crowd.   I was surprised at how funny he was. 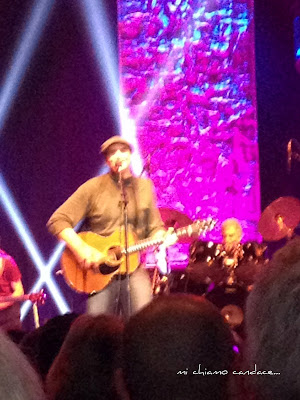 It was one of the best birthdays ever.
Thanks, David!