There is just something special about it.

Not having grown up in New England, I was sadly missing this experience in my life until I moved up here last year.  The south has Ribbon Cane Syrup which is fantastic in its own right.  I love it mixed with soft butter and spread on a biscuit; but, maple syrup is just amazing. 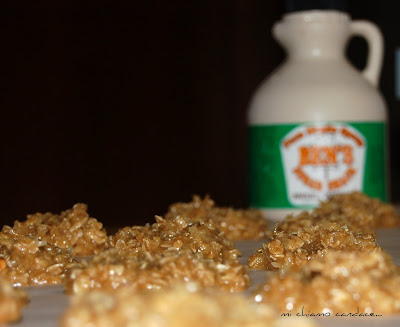 When Ben's Sugar Shack announced on their Facebook page that they were holding a contest for recipes using their maple syrup, I was on it.  That is what you do when you are a blogger, right?

My Spicy Maple Dijon Vinaigrette that I told you about here was a winning entry for a pint of their delicious syrup.  I received my pint of Grade B (my choice) of syrup last week and started thinking about what I would make with it next.   I originally thought that I would make a version of the White Bean Blondies that I made here using maple syrup and walnuts instead of chocolate chips.  I just couldn't seem to get the beans soaked with everything going on lately so that idea hasn't worked out.  Yet.

My next idea was Old Fashioned Southern Tea Cakes made with maple syrup and I actually made some of them.  Sadly, I didn't get any photos and even sadder, while they were hands down the best tea cakes that I've ever had, they did not have enough maple flavor for me.  I had envisioned something even better.  I will keep trying though because my stepdaughter loved them.  She told me that they could be her birthday cake substitute.  Noted! 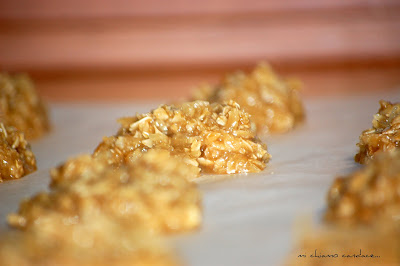 So the past few days, I've been thinking about what would come next.  After french toast this past weekend, I knew that I only had a limited amount of syrup left to experiment with.  I had been playing with the idea of making some no bake cookies like the ones that my mom made when I was growing up.  You know the ones....cocoa, oatmeal, peanut butter.  My mom called them "mounds" which was pretty accurate since that's pretty much what you they look like.  Mounds of goodness...


Surely they could be made without the chocolate and peanut butter, right?  Wouldn't maple flavored mounds taste good too? 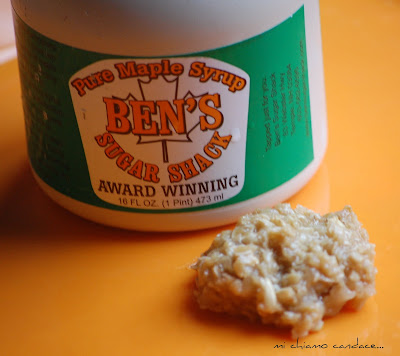 I had to take some creative liberties with this recipe due to the ingredients or I should say "lack thereof" in my pantry.   It will seem kind of odd when you read it; but trust me on this one.... 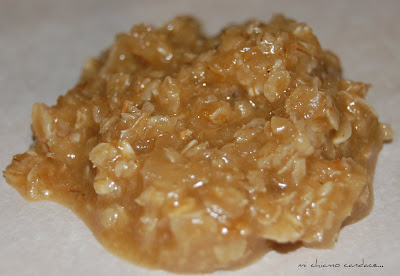 In a large bowl, combine oats, coconut and vanilla.  Set aside. In a heavy saucepan over high heat, bring the syrup, sugars, butter and milk to a boil. Boil for 5 minutes, stirring often.  Remove from heat and pour over the oatmeal mixture.  Mix thoroughly.  Drop by tablespoonfuls onto a sheet of waxed paper and let cool completely.  The cookies will harden as they cool.

Note:  I am sure you could use only regular oatmeal instead of using any instant oatmeal.  The total amount of oatmeal measured about 4 1/4 cups.  I originally planned to do that; however, I didn't have but the 3/4 cup of regular oatmeal so I had to improvise.  I usually don't like to use processed food and buy it very sparingly.  I did have the instant oatmeal packets laying around in the pantry so I took this opportunity to use them up.   I, personally, think that they helped with the maple flavoring.  I am very sensitive to artificial flavorings and so is David.  These cookies had none of that artificial flavor.  I will use them again.  You may feel free to use your discretion with this.


This post is being linked up with
Tasty Tuesday,  Tuesdays at the Table,  Make a Food-"e" Friend,
and Miz Helen's Full Plate Thursday.

Thanks so much for stopping by!  I hope you have a wonderful day! 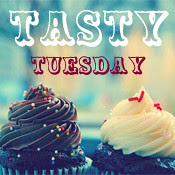 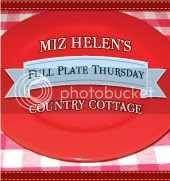